We have bought AMD’s Ryzen Threadripper 1950x, and built a PC. We are going to use this PC for Scientific Computation, especially for gaussian.

However, it has been said that ryzen is not good for scientific computation, and is not accelerate by AVX2. We will see if it’s true or not.

The box is big but it’s not heavy. 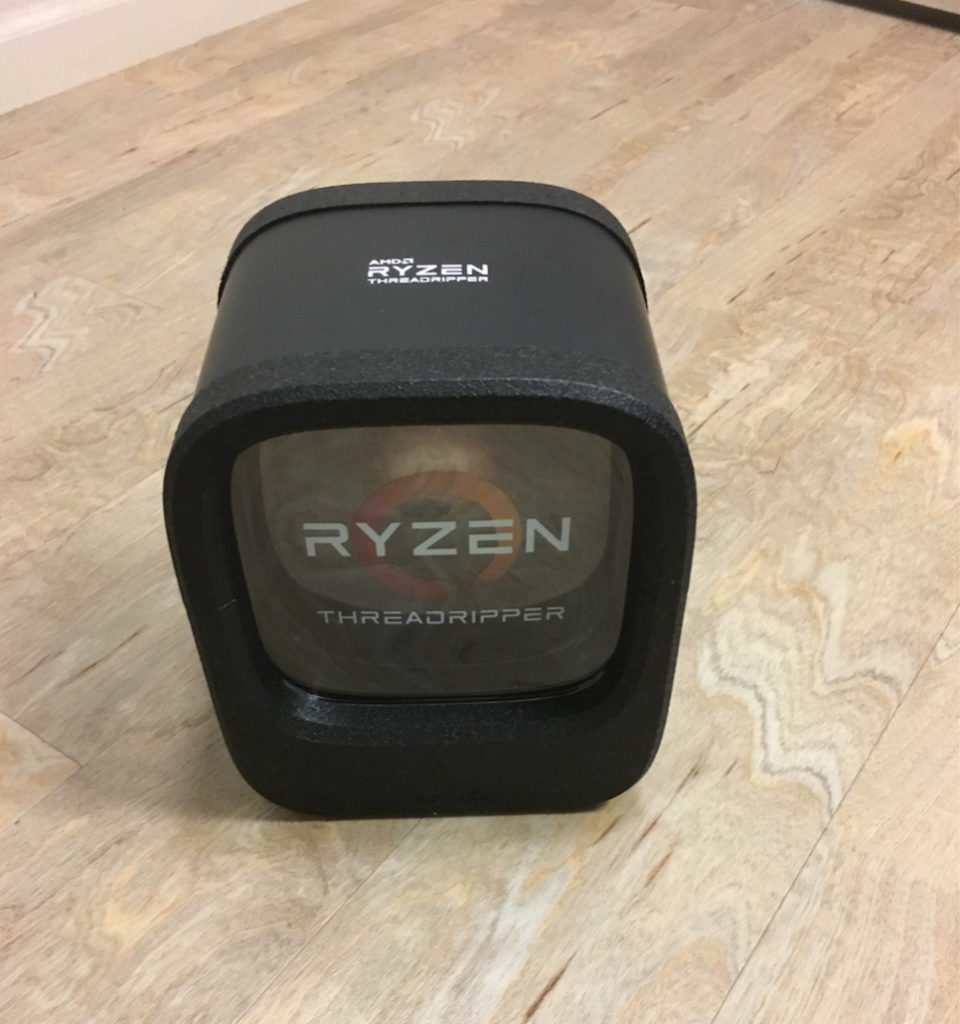 AMD is including a bracket adapter in the box for the installation of liquid coolers, and a torque wrench to install the CPU. 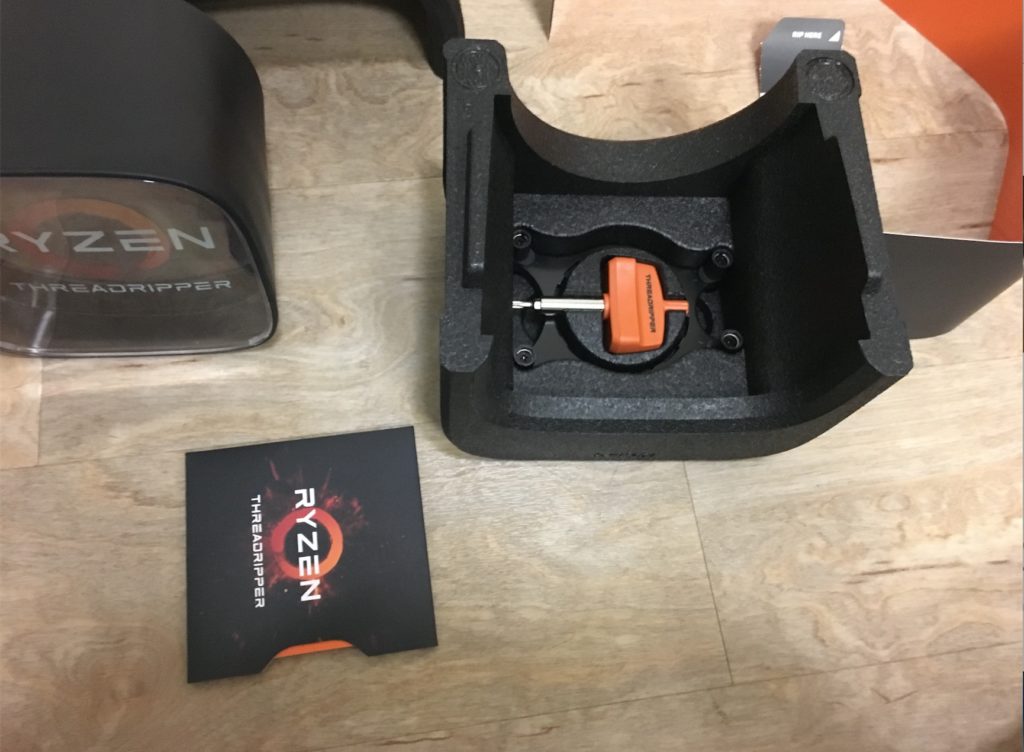 As soon as Threadripper was released, its benchmark was posted on PassMark Software Benchmark website. Threadripper showed better performance than our expectation.

Even for the Single Thread benchmark, Threadripper is better than Intel Xeon E5-2667 v2 @3.3GHz (8CPU64core) that we have been using for gaussian.

Moreover, for the total score, AMD got the second place, which we haven’t seen since we started checking this website.

We used the following parts.

Memory is chosen from Ryzen compatible CPU List (pdf) so that compatibility problems do not occur. Since both Threadripper and X399 are ECC compliant, we think that it is better to consider changing to ECC compliance if running a long time calculation.

We installed the Radeon x550 for the first setting and for using Gauss View 6. Even the cheapest Radeon x550 2GB also seems to have performance about 3 times that of Iris built in Intel CPU. After taking a benchmark, we will reinstall OS to the minimum configuration and remove GPU.

Although SSD has a small capacity, it’s enough because we will install calculation software only. Once clustered, set up a shared drive with NFS, and save calculation result etc. there. Also we plan to add RAID 0 HDD for Gaussian scratch file.

Threadripper seems to have a great fever! So I choose ARCTIC Liquid Freezer 240 for CPU cooler. There are 4 fans on the 240 mm radiator! Probably enough if you cool this much.

We won’t buy a case. we’ll put it on a rack or something.

Unlike previous CPUs, Threadripper has its own unique installation method. So we watched the following video and prepared for the installation. 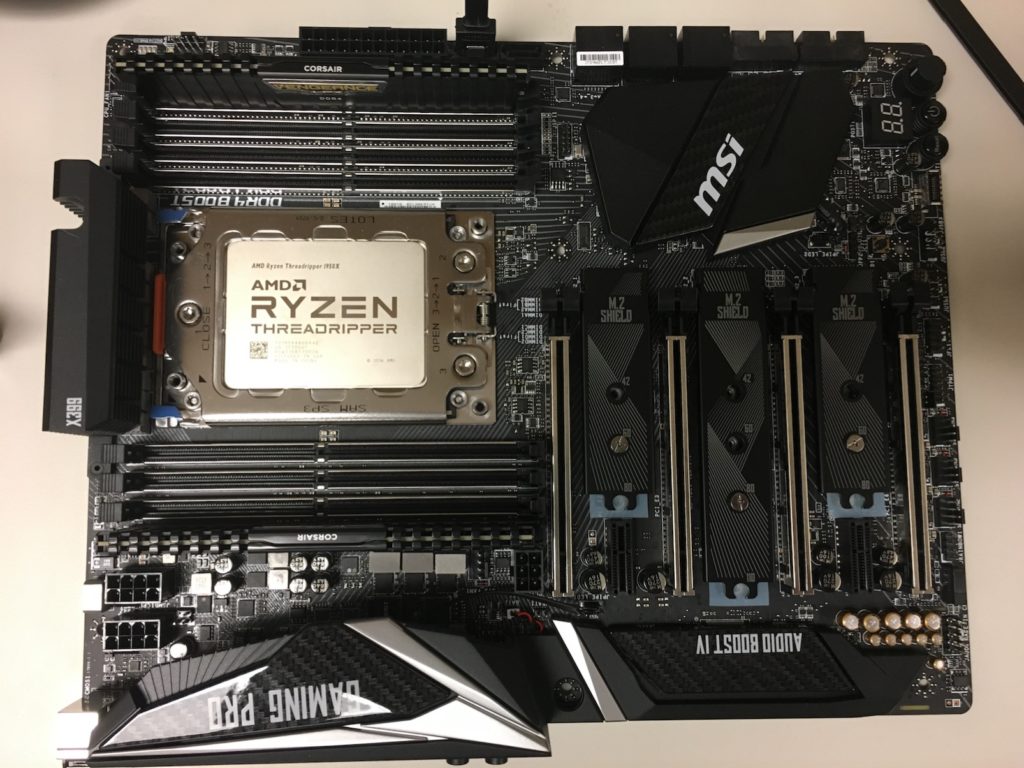 We installed CPU, CPU cooler, memory and graphic card. When plugging in 18 pins, the LED on the motherboard power lights up.

Finally it will start! we thought. we pressed the power button……….

No way….. Could it be memory compatibility?

We also thought that, but the mother of MSI has an LED panel that shows two digit figures, it seems to be displayed when there is a problem in memory.

However, the numbers are not displayed even this time.

We thought that the installation of the CPU was bad, but though we fixed it several times, It didn’t star…..

We did not check Threadripper’s electricity requirement. It seems to need 2 CPU power supply.

If you are planning to purchase Threadripper, you need to prepare a large capacity power supply (850 W or more?) With 2 8-pin CPU power supplies. 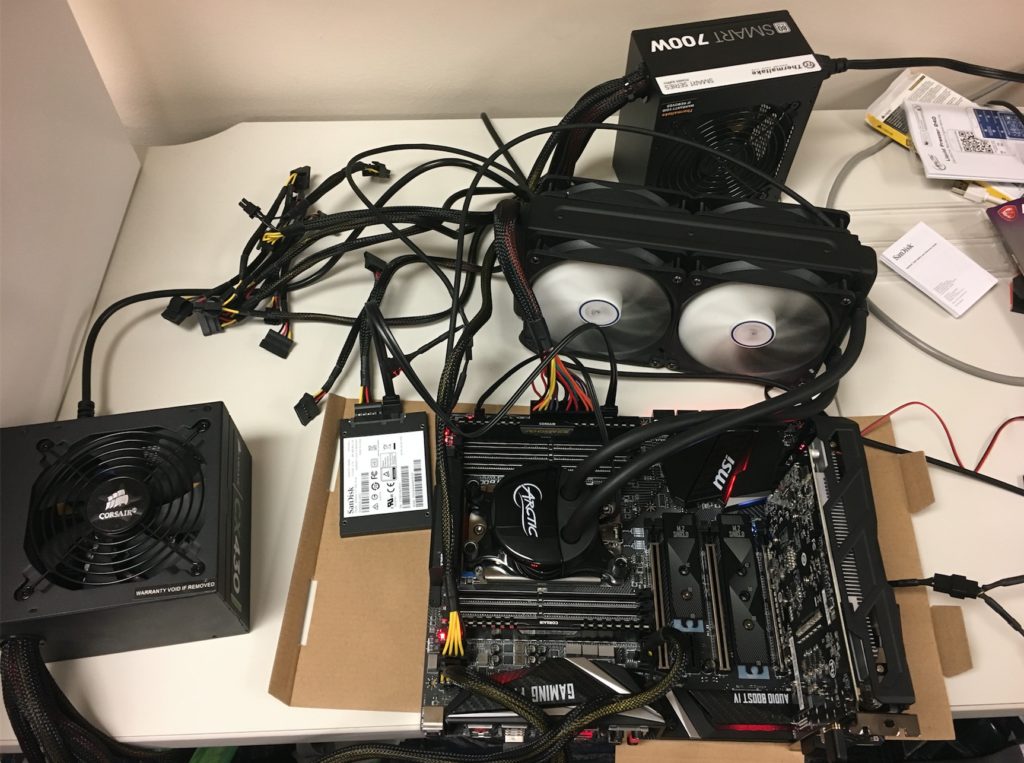 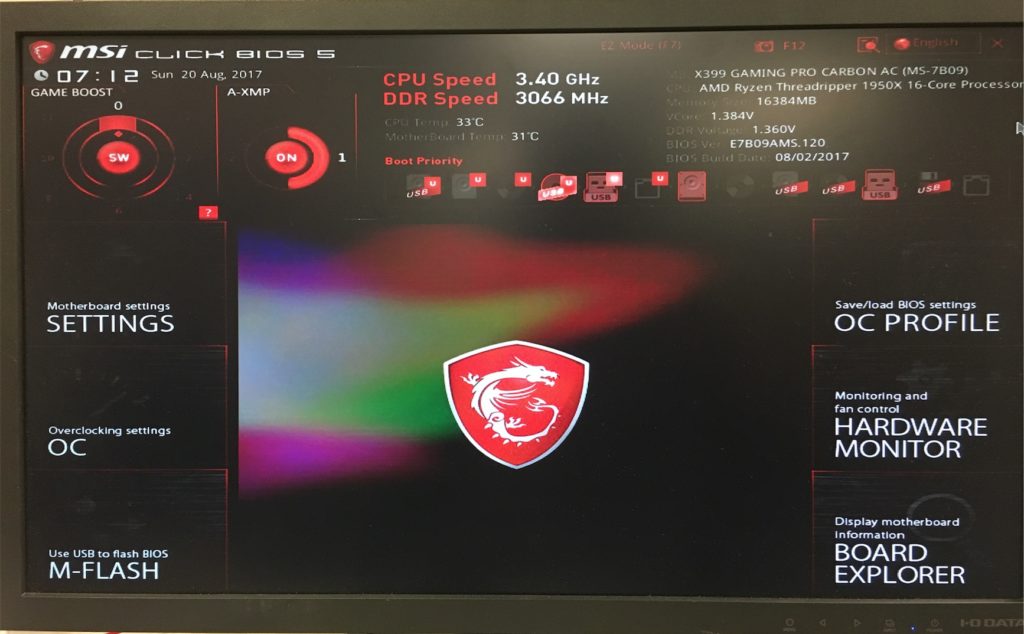 In our next post, we’ll show you a gaussian16 benchmark on Threadripper. We plan to perform optimization and frequency calculation, and also test the parallel efficiancy.

Most of the good conformational search softwares are expensive. However, you can perform it with gromacs that is free software.

This article describes the efficient way to execute TS optimization, IRC calculation, and opt&freq. We provide a simple script to accelerate these calculation.

Visualize the molecule from the clipboard with GaussView [Python]

You can easily visualize the coordinates taken from the supporting information. Just copy the coordinates from SI, then run our script. You don't need to edit or make input files.

What Does the threshold in geometry optimization mean?

Nowadays, not only computational chemists but also experimental scientists can do calculations. However, most of them don't know how to read log file... For example, optimization. Four values displayed in log file during structure optimization in Gaussian. When all of them become lower than the threshold, the structure optimization is completed.
How many kcal/mol ?
Ryzen Threadripper Gaussian16 Benchmark