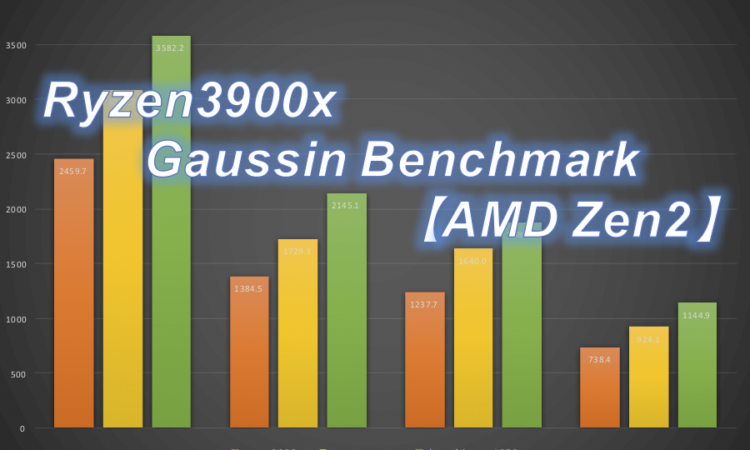 The following three CPUs were used for this benchmark test.

Gaussian16 revision C.01 was used for this benchmark test.

Likely to the benchmarks we have provided on the site so far, the elapsed time of structural optimization and frequency calculations for vomilenine are summarized in the table below.

As shown above, Gaussian’s execution speed can be roughly estimated from the PASS MARK benchmark.

There is no doubt that the Ryzen 3000 series is the best CPU in terms of performance and cost! It is true that the ZEN2 generation doubled floating point performance!

If you don’t have much budget but want to buy a machine for DFT calculation, you should buy Ryzen 3900x or Ryzen 3950x. Of course, laboratories with plenty of budgets can buy the 3rd generation Threadripper or 2nd generation EPYC, which will be released soon!

When we bought the 1st gen Threadripper, we felt that the cost per core was good but the single thread performance was weak.

However, this Ryzen 3000 series showed good performance. The inconveniences mentioned above are minor things now.

Intel says they will overtake the Ryzen 3000 series with the next 10nm process rule CPU.

However, Intel’s 10nm processor has been postponed many times, so it’s really suspicious that it will be released.

AMD has also completed the development of ZEN3, and it seems that the next Ryzen series will have a 7nm process with 20% improved density. Also, it seems that ZEN4 is under development, which seems to be manufactured with 6nm process rules.

We feel that AMD will soon overtaken by AMD even if Intel offers a good CPU.